Pakistan not to pick sides in Iran-US tussle: FM 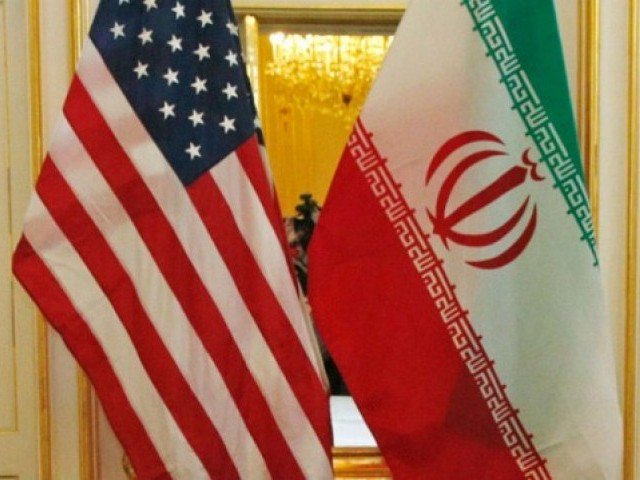 ISLAMABAD: Pakistan is closely observing the ongoing tensions between Iran and the United States but will not join any camp in case of a conflict, Foreign Minister Shah Mehmood Qureshi said on Tuesday.

ISLAMABAD: Pakistan is closely observing the ongoing tensions between Iran and the United States but will not join any camp in case of a conflict, Foreign Minister Shah Mehmood Qureshi said on Tuesday.

Speaking to reporters after attending a meeting of the National Assembly Standing Committee on Foreign Affairs, Qureshi said Pakistan was concerned over the rising tensions between Tehran and Washington.

He said that any conflict could have negative implications for the entire region, including Pakistan. “Therefore, we need to evolve a clear strategy on this,” the minister said. He, however, made it clear that Pakistan would not join any camp in the ongoing tensions in the Gulf.

His statement came against the backdrop of heightened fears of a clash between the US and Iran. The US had recently sent an aircraft carrier and a bomber taskforce to the Middle East in response to what officials called “a credible threat” by Iranian regime forces.

Saudi Arabia said that several of its oil tankers had been damaged in mysterious “sabotage attacks” after US warnings that Iran could target shipping in the region.

Observers believe that any serious conflict between Iran and the US would test the diplomatic skills of Pakistan, which has close ties with Iran’s arch-rival Saudi Arabia but at the same time does not want to antagonise the neighbouring country.

“Pakistan has good relations with all countries in the Middle East and Iran and we don’t want our relations get damaged,” Qureshi said, while alluding to the Iran-Arab rivalry.

Responding to a question, the foreign minister said Pakistan will develop its strategy, keeping in view its national interest. For this purpose, he said, the government will consult the advisory council on foreign affairs that included several veteran diplomats.

“This is a very sensitive issue. We are closely monitoring the situation. As situation evolves, we are trying to develop a strategy that does not hurt our interests and this region does not get destabilised,” he elaborated.

On the Iran-Pakistan gas pipeline, Qureshi conceded that Pakistan had to pay penalty charges on a daily basis if it failed to adhere to the multibillion-dollar project. Pakistan, he added, wanted to complete the project but there were certain obstacles in doing so.

The government had reportedly conveyed to the Iranian government of the country’s inability to go ahead with the project in view of the US sanctions. The foreign minister said Pakistan was in contact with Iran to sort out the issue.

Meanwhile, briefing the National Assembly panel, the foreign minister clarified that the US had not imposed any visa restrictions on Pakistan. He said that the US was deporting over 70 illegal Pakistanis and Islamabad had asked Washington to fulfil legal requirements about the deportees.

On Afghanistan, Qureshi said Pakistan was facilitating the intra-Afghan dialogue as it considered peace and stability vital for the entire region.

The foreign minister said Pakistan and China were reviewing the matter of human smuggling and an effective policy will be framed in this regard. Some forces wanted to affect the relations between Pakistan and China, he added.

Qureshi informed the committee that he would pay a two-day visit to Kuwait on Saturday for talks with the Kuwaiti leadership.

“Enhancement of bilateral trade will be discussed in the meetings,” he said, adding that the Emir of Qatar was also expected to visit Pakistan in the near future.