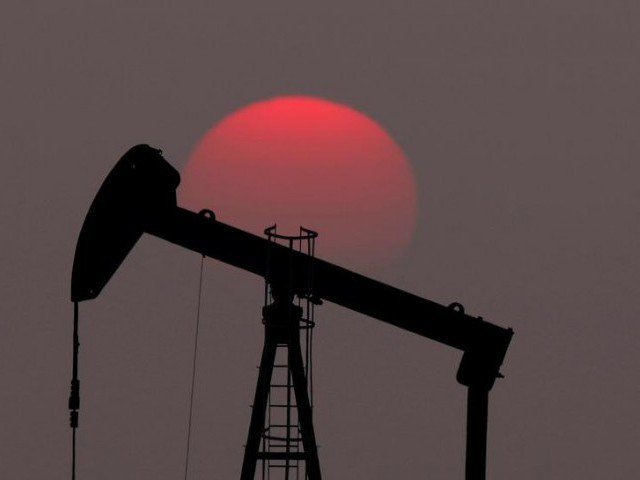 LONDON: Oil prices rose on Thursday for the third day in a row as fears of supply disruptions amid heightened tensions in the Middle East overshadowed swelling US crude inventories.

LONDON: Oil prices rose on Thursday for the third day in a row as fears of supply disruptions amid heightened tensions in the Middle East overshadowed swelling US crude inventories.

US West Texas Intermediate (WTI) crude futures were at $62.49 per barrel, up $0.47 from their previous settlement.

Oil was drawing support from the risk of conflict in the Middle East, with helicopters carrying US staff from the US embassy in Baghdad on Wednesday out of apparent concern about perceived threats from Iran.

“Brent looks poised to breach the upper bound of its recent $70-73 a barrel price range as bullish headlines from the (Mideast) Gulf continue worrying investors,” Citi said in a note.

US crude oil inventories rising to their highest since 2017 helped cap prices, but government data pointed to a lower boost to stocks than previously released industry data and falling gasoline stocks also mitigated the bearish sentiment from the data.

Also keeping prices in check is uncertainty about whether OPEC and other producers will maintain into the second half of the year supply cuts that have boosted prices more than 30% in 2019.

The Organisation of the Petroleum Exporting Countries (OPEC) said on Tuesday that world demand for its oil would be higher than expected this year.

The so-called OPEC+ group of producers, which includes Russia, meets next month to review whether to maintain the pact beyond June.

The oil market is marked by tight supply.

An end this month to US waivers that allowed some countries to buy Iranian oil after the reimposition of US sanctions has prompted Tehran to relax restrictions on its nuclear programme and threaten action that could breach a 2015 nuclear deal.

An attack on four oil tankers in the Gulf on Sunday, for which no one has claimed responsibility, and Saudi Arabia’s announcement that armed drones hit two of its oil pumping stations, have compounded concerns and have stoked supply-side fears.

Asian shippers and refiners have put ships heading to the Middle East on alert and are expecting a possible rise in marine insurance premiums after the attacks.