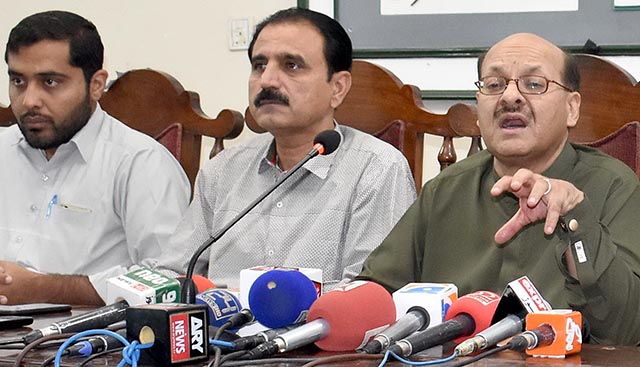 The doctors’ community closed trauma center for all patients against what they alleged armed men mistreated duty doctors and threatened them for dire consequences.

“Deputy Commissioner sent additional forces to control the situation and we have video clips, the involved armed men easily be identified for legal action.”
Talking on the recent visit of DG NAB and IG Police he said, Inspector General of Police pledged security for Trauma Center but we didn’t see any implementation.

“Since Civil Hospital blast security issues lingering on delays and yet to be resolved by provincial government which increase sense of insecurity among doctors.” MS Civil Hospital said.

“Not only patients from Quetta but Civil Hospital Quetta has been providing medical care to patients from Sindh and Afghanistan thus patients should give respect to doctors working in hospitals.”

Replying to a query regarding mistreatment with a lady reporter of a news channel Dr. Saleem said, after departmental inquiry, a summery has been sent to health department in order to transfer involved doctors, “We didn’t impose any restrictions for media in civil hospital but in emergency we should refrain from causing disturbance for doctors.”