Dollar wasn’t even raised by 10 paisas without permission during my term: Nawaz 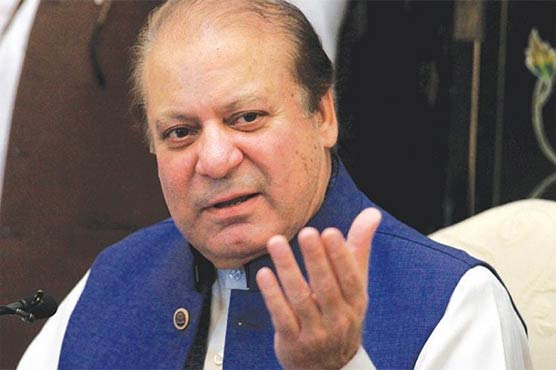 ISLAMABAD: Former prime minister and Pakistan Muslim League-Nawaz (PML-N) supremo Nawaz Sharif on Friday said that the dollar wasn’t even raised by 10 paisas without permission during his term.

ISLAMABAD: Former prime minister and Pakistan Muslim League-Nawaz (PML-N) supremo Nawaz Sharif on Friday said that the dollar wasn’t even raised by 10 paisas without permission during his term.

In an informal talk with journalists during his hearing at the Supreme Court, Nawaz said, “There was a balance between the dollar and rupee during my time. The world called our economy strong and balanced from 2013 to 2017.”

Pointing towards the government, the ex-premier said, “If they say we used artificial means to stabilise the dollar, then they can do it too.”

“What is the artificial way to maintain the price of dollar?” he further questioned. “Were there ever such long queues at CNG stations?”

Turning to the subject of his brother Shehbaz Sharif’s imprisonment, Nawaz said, “For what crime has Shehbaz been imprisoned? Someone should ask how accountability is being done. The National Accountability Bureau (NAB) should remain the way it is right now, if we are suffering then others should too.”

Nawaz continued, “NAB should probe into Imran Khan’s helicopter and his family’s assets. Record of our family’s source of income from 1937 is available.”

The PML-N supremo added, “We are asked time and again why we went out of the country after 1999. Pervez Musharraf exiled us, we did not go on our own.”

He added, “Shehbaz fought election for the first time from Karachi and only lost by 500 votes to Faisal Vawda and we all know how he won.”