Pakistan to begin talks with IMF over yet another bailout 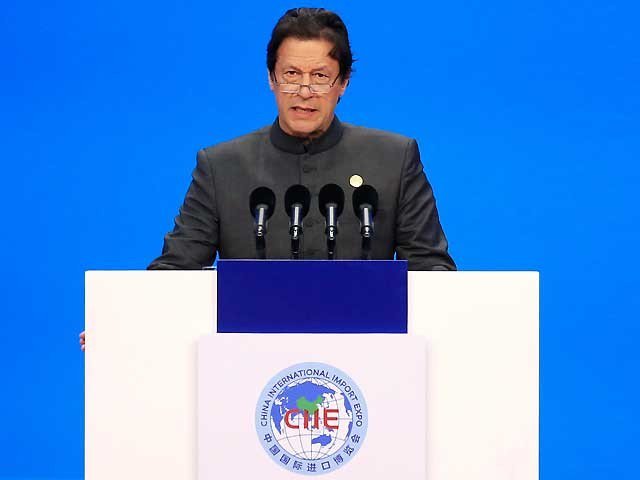 ISLAMABAD: Pakistan is set to begin nearly two weeks of talks with the International Monetary Fund (IMF) on Wednesday over what would be the country’s 13th IMF bailout since the 1980s to help it end a spiralling current account crisis.

ISLAMABAD: Pakistan is set to begin nearly two weeks of talks with the International Monetary Fund (IMF) on Wednesday over what would be the country’s 13th IMF bailout since the 1980s to help it end a spiralling current account crisis.

Finance Minister Asad Umar says $12 billion is required immediately, a large chunk of which is expected to be drawn from the IMF.

“The initial three to four days (of the talks) are for technical discussions,” finance ministry spokesman Noor Ahmed told Reuters. “Thereafter, there will be policy dialogue on the specific contents of the programme.”

Pakistan announced last month a $6 billion assistance package from Saudi Arabia, split into $3 billion in foreign currency support and a further loan worth $3 billion in deferred payments for oil.

The announcement followed Prime Minister Imran Khan’s visit to Riyadh last month for an investment conference that was boycotted by several other leaders following the killing of a Saudi journalist at the country’s consulate in Istanbul.

Khan had said before the visit that his country was “desperate” to shore up its foreign currency reserves, which are at a four-year low, equivalent to less than two months of imports and barely enough to make its debt repayments through the rest of the year.

“The support we received left and right will have an overall impact on our microeconomic numbers,” Ahmed said. “The programme that will be designed (with the IMF) will be stability focused … They will look at the numbers and take their decision.”

Pakistan’s current account deficit widened 43% to $18 billion in the fiscal year that ended in June, while the fiscal deficit has ballooned to 6.6% of gross domestic product.

Khan was in China last week where he held talks on economic help, but Beijing said additional talks were required.

China is Pakistan’s closest ally, but Khan’s newly-elected government has sought to re-think the two countries’ signature project, the $60 billion China-Pakistan Economic Corridor (CPEC), which Beijing touts as the flagship infrastructure programme in its vast Belt and Road Initiative.

Khan appealed to “friendly countries” for assistance in an effort to avoid going to the IMF, or at least reduce the size of any bailout package.

Pakistani officials have been wary of the IMF imposing harsh conditions compared to the last bailout in 2013 when Islamabad was given repeated waivers and avoided serious reforms after receiving $6.7 billion.