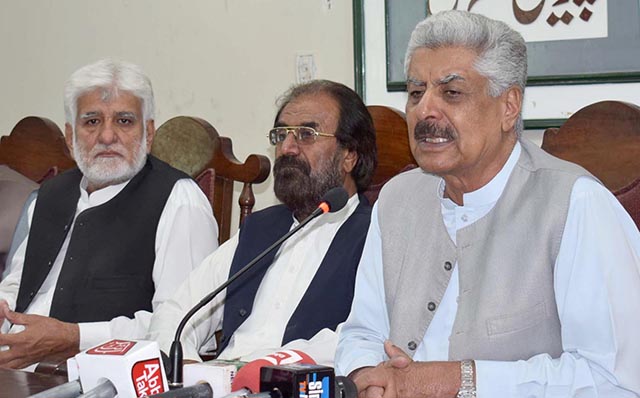 Talking on the alleged rigging in general elections President PML N Balochistan said, my party awarded me tickets from two provincial constituencies but we were defeated following a conspiracy against our party adding we have decided to lift up our party from grass root level.

Replying to query regarding PML N’s move towards BAP as many dissidents supported Mr. Bizenjo in ousting PML N’s government in Balochistan or the party is afraid over NAB’s investigation against Sanaullah Zehri former CM Balochistan, he said, NAB should announce reality based judgements,

“Chairman NAB Justice retired Javed Iqbal is my class fellow, and I believe he will file case against anyone after pursuing detailed investigation.”

Condemning the arrest of PML N’s President by NAB Qadir Baloch said, the incumbent central government has been filing political based cases against our leaders, people of the country will hold them accountable for political vendetta.