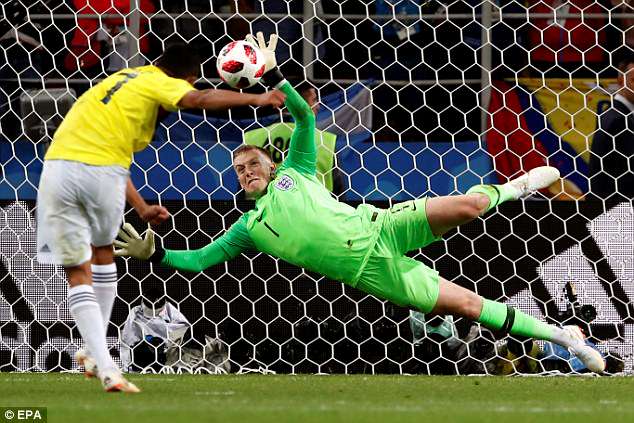 Vile messages targeting Mateus Uribe and Carlos Bacca started to appear within minutes of Colombia being knocked out of the World Cup following the dramatic shoot-out.

The posts, mostly aimed at Bacca who fans thought took the worse penalty, warned the players they were ‘dead’, urged them to kill themselves and told them not to return to the South American country.

The sinister messages were made despite a police investigation into early death threats made towards Colombian player Carlos Sanchez after he was send off three minutes into the team’s World Cup opener against Japan.

Many outraged football fans pointed out that yesterday was the 24th anniversary of the death of Andres Escobar, who was shot dead after his own goal was blamed for sending Colombia home at the 1994 World Cup.

One post by Twitter user David Castaneda warned: ‘Die Carlos Bacca. Son of a bitch. No-one wants you, gonorrhoea. To this country you don’t return.’