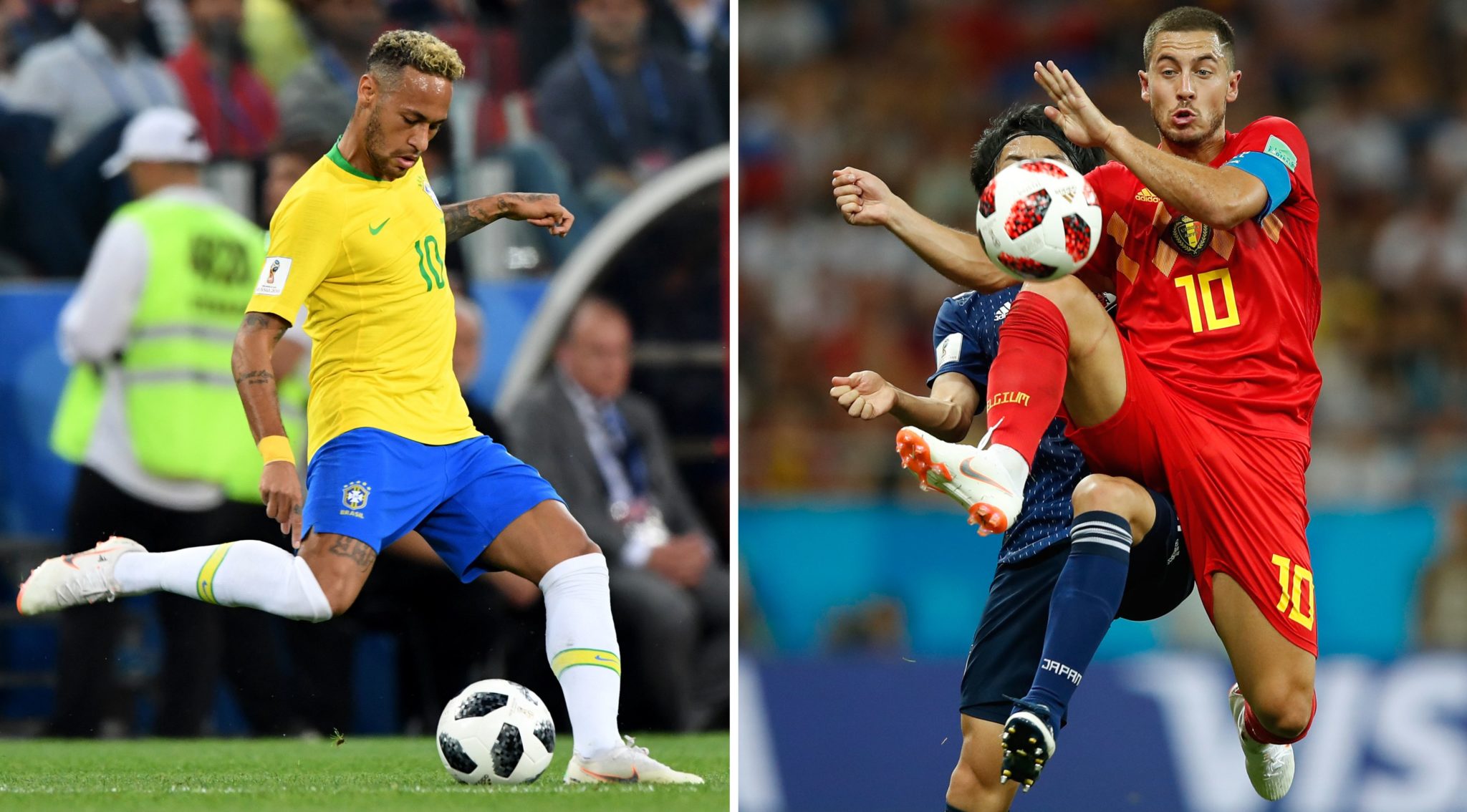 KAZAN, RUSSIA: Belgium coach Roberto Martinez has admitted he has no secrets as he plots to end Brazil´s bid for a record-extending sixth World Cup ahead of their “dream” quarter-final in Kazan on Friday.

KAZAN, RUSSIA: Belgium coach Roberto Martinez has admitted he has no secrets as he plots to end Brazil´s bid for a record-extending sixth World Cup ahead of their “dream” quarter-final in Kazan on Friday.

But the nation´s “Golden Generation” have been reminded that the match against the favourites could represent the last chance for them to shine on the world stage.

“It´s a dream match for our players,” Martinez told Belgian press after sealing qualification for the last eight with a last-gasp 3-2 victory over Japan in the first phase of the knockout rounds.

“There won´t be many secrets to the game. We have to defend as well as we can and then punish them when we have the ball.

“It´s that simple, and this team is ready for that.”

On paper, a Belgium side containing the talents of Chelsea´s Eden Hazard, Kevin De Bruyne of Manchester City and Manchester United striker Romelu Lukaku have the potential to cause a World Cup upset.

But despite sailing through the group stage, Martinez´s ambitious Red Devils have their work cut out if they are to go all the way to the July 15 final in Moscow.

Third-ranked Belgium reached the quarter-finals in 2014 in Brazil but before that the last time they got so far was in 1986, when ´Little Prince´ Frank Vercauteren steered them to the semi-finals before a Diego Maradona double ended their hopes in a 2-0 defeat in Mexico.

Vercauteren said before the tournament that Russia represented “perhaps one of the last chances for this generation of players to live up to expectations, because in 2022 a lot of them won´t be there”.

On Monday, Belgium mounted a stirring fightback to beat Japan, with Nacer Chadli scoring the winner in the 94th minute.

Becoming the first team in 48 years to overcome a 2-0 deficit in a World Cup knockout match was a “proud” moment for Martinez, who said: “That was a test for the team and its character.”

Despite scoring nine times in wins over Panama (3-0), Tunisia (5-2) and England (1-0) before the Japan game, Belgium will have to lift their game significantly to beat a well-drilled Brazil side increasingly dancing to the tune of star forward Neymar.

Neymar signalled he had well and truly put a recent injury lay-off behind him with an incisive performance in a 2-0 win over Mexico in Samara, where he scored the opener and set up Roberto Firmino for his maiden World Cup goal.

Even more is expected from Neymar, whose pace, technique and all-round vision allied to Willian´s slick movement gave Brazil another dimension.

For all Brazil´s attacking riches, Belgium´s biggest problem could be piercing a robust defence that has conceded just once, in their 1-1 opening draw with Switzerland.

Brazil centre-back pairing Joao Miranda and Thiago Silva have been solid and will aim to keep it that way as the five-time champions target a place in the semi-finals and a match with either France or Uruguay.

“We´re progressing, that´s evident,” Silva said after their win over Mexico. “It was a complicated match against a dangerous side, but we were solid at the back.”

Mistakes such as the ones that allowed Japan to grab a two-goal lead are sure to be punished by Neymar but it is Brazil´s defence that is also catching the eye of observers.

“As a former defender, I love watching Silva and Miranda play,” former France defender William Gallas said in his role as a consultant for French radio station RMC.

“They´re the best centre back partnership of this World Cup.”