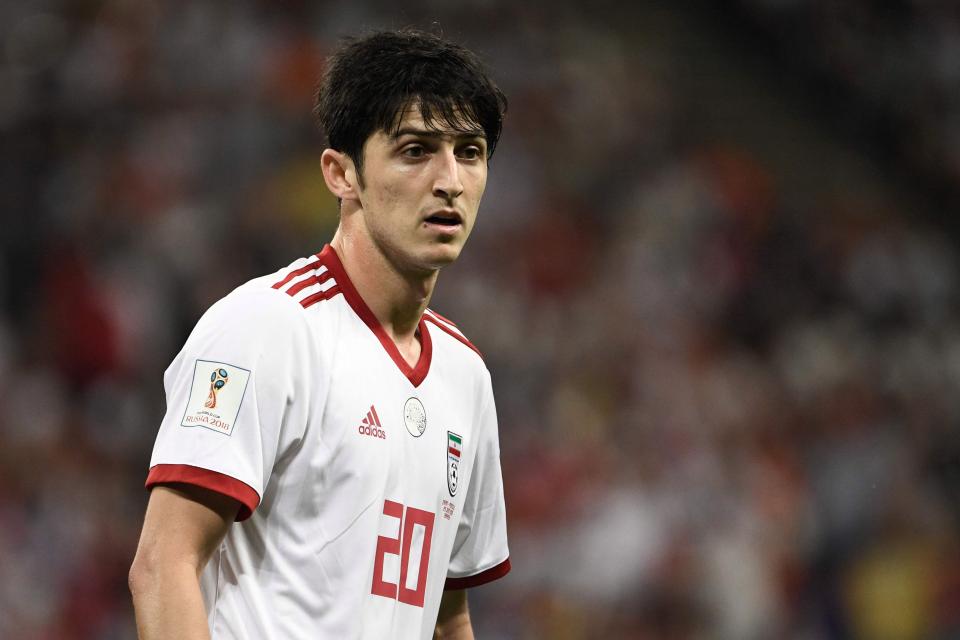 STRIKER Sardar Azmoun nicknamed the ‘Iranian Messi’ has retired from international football aged 23 after insults directed at him made his mother ill.

STRIKER Sardar Azmoun nicknamed the ‘Iranian Messi’ has retired from international football aged 23 after insults directed at him made his mother ill.

The World Cup striker failed to hit the back of the net in Russia despite his prolific tally for his country.

He arrived at the tournament on the back of 23 goals in 33 appearances.

But Iran’s failure to progress from a group that included Portugal and Spain meant the Rubin Kazan striker received “insults” that made his mother “severely ill.”

He said: “My mother had overcome serious illness and I was happy.

“Unfortunately because of the unkindness of some people, and the insults that me and my team-mates in no way deserved, her illness has become severe.

“This has put me in a difficult position where I must pick one or the other – and as a result I pick my mother.”

He will be a huge loss for Iran as he currently sits fifth in the all-time scoring charts.

Iran narrowly avoided qualification from the group after picking up four points from their three matches.

A last minute 1-0 victory over Morocco was followed by a 1-0 defeat to Spain where they had a goal chalked off.

Carlos Queiroz’s side then secured a 1-1 draw against Portugal and had a wonderful opportunity at the death to knock out Cristiano Ronaldo and Co but the shot hit the side netting.