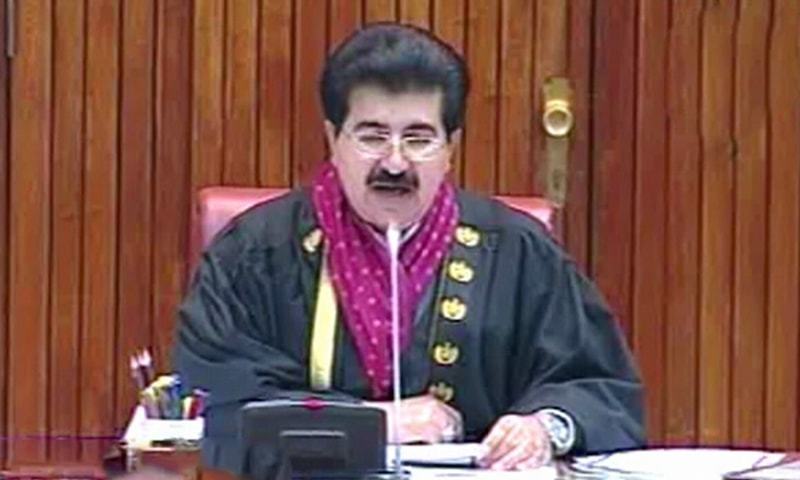 There are also likely to be frequent references to unemployment, inadequate access to clean drinking water, a lack of electricity in much of the region, corruption and many other societal ills. While such problems are a fact of everyday life for the majority of the people of Balochistan, the mainstream media has not had the resources to give these issues the coverage they deserve.  What did draw unprecedented attention to Balochistan from Pakistan’s mainstream media, however, was the election of a new Chairman of the Senate from the province.

Two of the largest political parties in Pakistan, the PPP and the PTI,deployed the entire arsenal of aforementioned descriptors in backing the recommendations of Balochistan’snewly elected Chief Minister for Chairman of the Senate. “The Chairman of the Senate of Pakistan should be elected from Balochistan as this will help us to address the problems of the country’s most neglected province,” they said, expressing a sentiment that had been uttered many times before.

This time, however, two viable names emerged, both independent senators from Balochistan:SadiqSanjrani– the eventual appointee — and Anwar ulHaqKakar. Kakar was PML-N leader until the PML-N government was ousted in Balochistan a few months before. He then joined a dissident group of the PML-N and was appointed first an advisor and then a Senator. SadiqSanjrani is less widely known than Kakar, though his PPP leanings are no secret. He played a key role in establishing ties between dissident members of the Balochistan assembly and PPP head Zardari in order to aid in the ousting of the PML-N government. His appointment to the position of Chairman of the Senatecould be considered payback for his cooperation.

I asked several local journalists from Mr. SadiqSanjrani’s constituency in Chagai about his political background. They told me that he is neither a politician nor a Baloch nationalist, but simply a rich man. He has never been involved in Balochistan’s politics and was, until a few weeks earlier, a virtual unknown to most people in the province. This is an all too commonoccurrence in Balochistan; Senate votes are up for sale to the highest bidder and even some Assembly members are not shy aboutrevealingthe amounts rich people are prepared to pay to get elected. It is an open secret and explains why it is that some of the least known Pakistani “politicians” are senators from Balochistan.

What can you expect from a senator who buys his way into the Senate? Let’s be optimisticfor a moment as wetake abrief look at the career of the new Chairman of the Senate.SadiqSanjraniis 39 years old. Born on April 14th, 1978, by the age of 20, when most aspiring young men had not even finished college, he had already attained a remarkable level of success and was serving as a coordinator in the government of then Prime Minister Nawaz Sharif.

This achievement is even more remarkablegiven the fact that his father was not a wealthy man, but a mere middle class government employee, serving in retirement as aChagai District Council member. When the PPP was in power, Sanjrani was appointed in charge of the party’s complaint cell and served in that position for five years. He also served on the Prime Minister Secretariat during the PPP administration.

I have to admit that my math skills are severely challenged when it comes to figuring outwhat age he started college, what year he completed his masters and how he managed to juggle the demands of his academic career with the responsibilities of serving in such key government positions. But maybe this talent for prodigious youthful achievementwas just something that ran in the family.  After all, one of his brothers, RaziqSanjrani, was appointed Managing Director ofSaindak Metals Limited at the ripe old age of 24. Achieving such milestone at young age is a good thing, but being young would cause little constitutional problem for SadiqSanjrani. He is second in the line of succession to the President of Pakistan, which means in the absence of President, he will be sworn in as President.  But, he is too young to be President since the age limit is 45 for President of Pakistan.

Not without reason, many observers in Balochistan are cynical and pessimistic about the new appointment, believing that Islamabad’s “establishment” has simply replaced old faces with new and not anticipating any real change for Balochistan. I would suggest instead that we eschew cynicism and pessimism, forget for a moment how things have always played out in the past and hope instead for a better future.  Balochistan is in desperate need of leaders who can address at least the most basic problems facing the province. Perhaps we need to give the new Senate Chair the benefit of the doubt and allow him a change to prove his worth.

The Chief Minister of Balochistan and the new Chairman of the Pakistani Senate have many things in common. They both hail from towns in Balochistan where there is no power line, no access to clean drinking water and no infrastructure for education or basic healthcare. MrSanjrani comes from Chagai, a mineral-rich district of Balochistan with huge reserves of gold, silver, copper, iron ore, onyx, marble and other precious minerals.

The copper-cum-gold sites of Saindak and RekoDiq are both located in the district. People depend on generators for electricity, which is available for only a few hours a day. There are constant complaints lodged about lack of access to clean drinking water and rampant unemployment and frequent demands for the enrollment of out-of-school kids.

Whatever people’s expectations of him, Sanjrani could go a long way toward winningthe hearts of his fellow Baloch merelyby providing the basic necessities of life – electricity, water, healthcare and education — to his own hometown. In 2015 I spent a week in Chagai. It was like a journey back in time to the eighteenth century. There was no water and no infrastructure and most of the dwellings were mud huts. Aside from a very few rich people, all of the residents suffered from extreme poverty. In the almost total absence of employment opportunities, some had resorted in desperation to human trafficking.

The story of the man who nominated the new Chairman of the Senate, Chief Minister of BalochistanQuddusBezinjo,is a strikingly similar one. In Balochistan it is not uncommon for a tribal chieftain to hire several hundred tribesmen as personal security guards. QuddusBezinjo won election by 544 votes, a number very close to the size of a chieftain’s security detail.  After the 2013 elections Bezinjo served as Deputy Speaker in the PML-N government.

Later he, along with the PML-N’s dissident members, ousted Balochistan’s PML-N government and himself became Chief Minister, this despite the fact that out of a total of 65 members in the house only 5 were members of Bezinjo’s own PML-Q party.Although he hails from Awaran, Bezinjounderstands the importance of being both visible and proactive in Quetta, where most of the media outlets and media personnel in Balochsitan are based.

Reporters do not have offices, cameras and equipmentavailable to them in far-flung areas such as Bezinjo’s native Awaran and it would be prohibitively expensive for a politician to bring the media to such a remote and poorly equipped town. Moreover, having the media report from such an area might be counterproductive. Rather than highlighting the Chief Minister’s sincere efforts to address issues of poverty and poor infrastructure in the province, showing the lack of a transmission line for electricity, the dearth of clean drinking water, no basic healthcare and a majority of the kids not in school in his own native area might reflect poorly on the Chief Minister and hamper his efforts. I worked as a reporter in Balochistan for over ten years. I know the province well and am familiar with the challenges it faces.

I am also realistic enough not to expect miracles from politicians there. I do believe, however, that these two powerful men, the Chief Minister of Balochistan and the Chairman of the Pakistani Senate, should be capable of making inroads into solving some of Balochistan’s most pressing problems – the desperate need for basic infrastructure, electricity, drinking water, education, healthcare and employment. Owning a fancy house in poverty-stricken Nokundi and Quetta cannot be considered success if your constituents live in the Stone Age.

Mir Zafarullah Khan Jamali, Prime Minister of Pakistan from 2002 until 2004, also hailed from Balochistan. He held a position far more powerful than that of Chairman of the Senate but he ended up resigning from his post, claiming that he was powerless to stop the operation in DeraBugtithat led to the killing of Nawab Akbar Bugti. As this example shows, the power of the Federation is such that it can pick anyone from Balochistan and appoint him to a key position without its leading to any sort of real empowerment or improvement for the province. On the contrary, it quickly becomes apparent that the appointment is merely a tactic to exploit Balochistan for material and political gain. That is whatZardar and Imran did with the Senate Elections.

Maybe this time can be different.  The optimist in me wants to believe so.

A research journalist and former Express Tribune correspondent, He tweets as @shezadbaloch (twitter.com/Shezadbaloch)