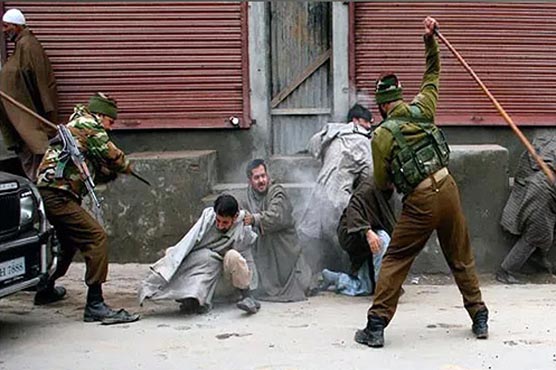 According to Kashmir Media Service, the youth were killed during a cordon and search operation in Runipora area of the district.

A senior Police officer claimed that thre youth were militants who were killed in a gunfight. However, he said, the identity of the slain youth was yet to be ascertained.

The operation is going on, he added.

The authorities suspended mobile internet services and blocked all exit and entry points of the area.