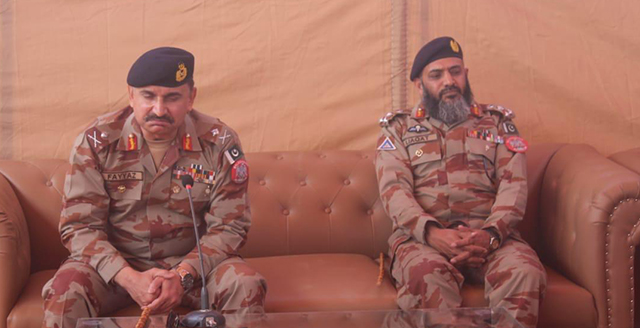 “People of Balochistan has picked-up books and dumped weapons thus no one can ever lured them with fake slogans of independence.” IG FC Balochistan.

Addressing the tribal elders IG FC said, peace has been restored in Balochistan due to colossal sacrifices rendered by security forces and people of Balochistan, “District Harnai has been contributing major share in uplifting provincial economy as the area is replete with natural resources.” IG FC said.

He pledged Frontier Corps full support for development of Harnai.