Libraries are the true souls of minds 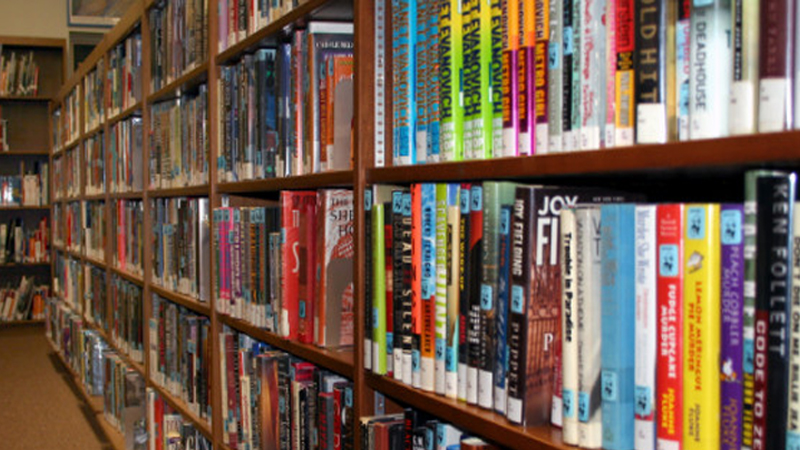 Libraries are truly the magical places on the earth, there one could find himself and even give worst-off people a chance to improve themselves.

Like Loading...
Libraries are truly the magical places on the earth, there one could find himself and even give worst-off people a chance to improve themselves.
However, a library not only offers us education, relaxation, and access to all sorts of books but also plays a healthy role throughout our lives; it, too, contributes legions and eminent contributions for the progress of a true nation.
In fact, the well-equipped libraries are needed for gaining knowledge as they change the destiny of a nation. Yet the Provincial Government has worked to establishing manifold libraries generally in BALOCHISTAN particularly in District Kech.
In overall Turbat City, only three libraries are present for the public, Turbat Digital Library, University Public Library and The Library of Shad Degree College; most of which remains closed at 7:00 PM.
Sometimes in the time of examination, the students are found in different public places for group studies or preparing the papers. When the libraries are open till late night, then the students would get true comforts to studies.
Although in the erstwhile, the Library of Atta Shad Degree College remained open for the students to go there for the preparation, is really a great step taken by the principal of the college.
Consequently, the students are seen in these three libraries to preparing their realted studies! Yet most of which lack the basic necessities. It is not that much difficult for the government to provide basic facilities, like books, chairs, tables and other needed facilities to the established libraries and having much attention to educational documents and establishing more libraries in the province.
Sadly, the Turbat Digital Library is composed of a very small room and lack most of the basics and sometimes students sit outside of the libraries, for there is lack of space. Thus, it is really thinkable!
To be the point, today most of the European countries are successful and have reached on heights of success because they always knew the worth of libraries. And in Pakistan, the citizens are in the dark waiting for the dawn, for the country has failed to provide libraries in each province.
More importantly, it is the due duty of the government to establish libraries by providing the books to them as the present books in the libraries are to be read and students are present in the libraries to read them to find out themselves!
Thus, the contribution of libraries for building a unique society is countless!
A great personality beautifully quoted, “He loved libraries. Nowhere else in the world felt so safe and homey. Nowhere else smelled like books and dust and happy solitude quite like a library did.” The said statement clearly says how important the library is for an individual to have.
Similarly, libraries are important as a source of knowledge providing a space to develop reading habits and developing an overall positive environment. In most parts of the world, libraries are considered a crucial part of every school, education institution and community hub. However, like every other facility, most districts of Balochistan are deprived of libraries.
Although Kech is one of the well populated districts where students are craving for a reading space and books but there is hardly anyone to help.
Recently, I caught up with the student based in Turbat and inquired what difficulties he faces as there is no library in his nearby area and regularly comes in the Public Library for the preparation.
”To be frank, we (students) are born to be in the chains of troubles, since our representatives do know the importance of establishing a library by every region but they never bother themselves to dispense us the needed facilities. I regularly come in the library on foot from Absor to Turbat City if the libraries are established in each part of the district then we would get education easily without wasting the precious hours (Time).”
Further, he added, “Libraries play a crucial role for the students to read and prepare for any subjects and is a brilliant source for the promotion of any language, but we are unlucky to have one in our native place,” he shared his plight.”
Besides, libraries are the real guide of any underdeveloped society, for in the Libraries collection of books, newspapers, tapes etc. are kept for the people to avail them, but regrettably, in most of the areas in Balochistan students are depraved of this basic facility.
Indubitably, libraries play a pivotal role in the development of a country and there is no iota of doubt that libraries are needed for gaining knowledge as they change the society and give birth to new minds.
Dildar Ghani, a student of LLB in the School of Law University of Turbat narrated, ” In my native place (Kassak) there had never been a single library for the residents and the students waste their free time wondering in passim but if there is a library, the students would be eager to go to library for doing the needful. We lack many educational opportunities, but no one cares.”
Unfortunately, in most parts of Balochistan, there are no availability of public libraries, and most of the youths are left to suffer!
The paucity of libraries in the province has been causing effects to the studies of our youths. The Provincial government has failed to give heed to libraries. When the libraries are created, this automatically will beget well and give birth to new minds.
The writer is a former teacher based in Turbat and a student at School of Law University of Turbat. He can be reached at munaj1baloch@gmail.com